Keyboards and
water do not mix

A simple act of pouring water from a jug can reveal a well-known fact – keyboards do not feel thirst. As I poured water, the jug’s top cap popped off. A torrent of water crashed onto my new keyboard.

I didn’t panic. In fact, I continued typing to complete my instant message. Then, I lifted the keyboard and flipped it around. Splash! Another waterfall emerged. It was actually pretty.

Remarkably, the keyboard was still functional. I could still type about a few hundred characters before it started to fill my message window with junk. I had no choice but to shut the computer down and try my best to repair it.

DISCLAIMER: Tampering with your keyboard (or any hardware for that matter) will void your warranty. This article is meant for informational purposes only. The author of this article holds no responsibility if you damage your keyboard.

As I took it apart, I began to appreciate the technology involved in its design. The upper and lower shell holds the whole thing together. In biological terms, it is an invertebrate, or having an exoskeleton. 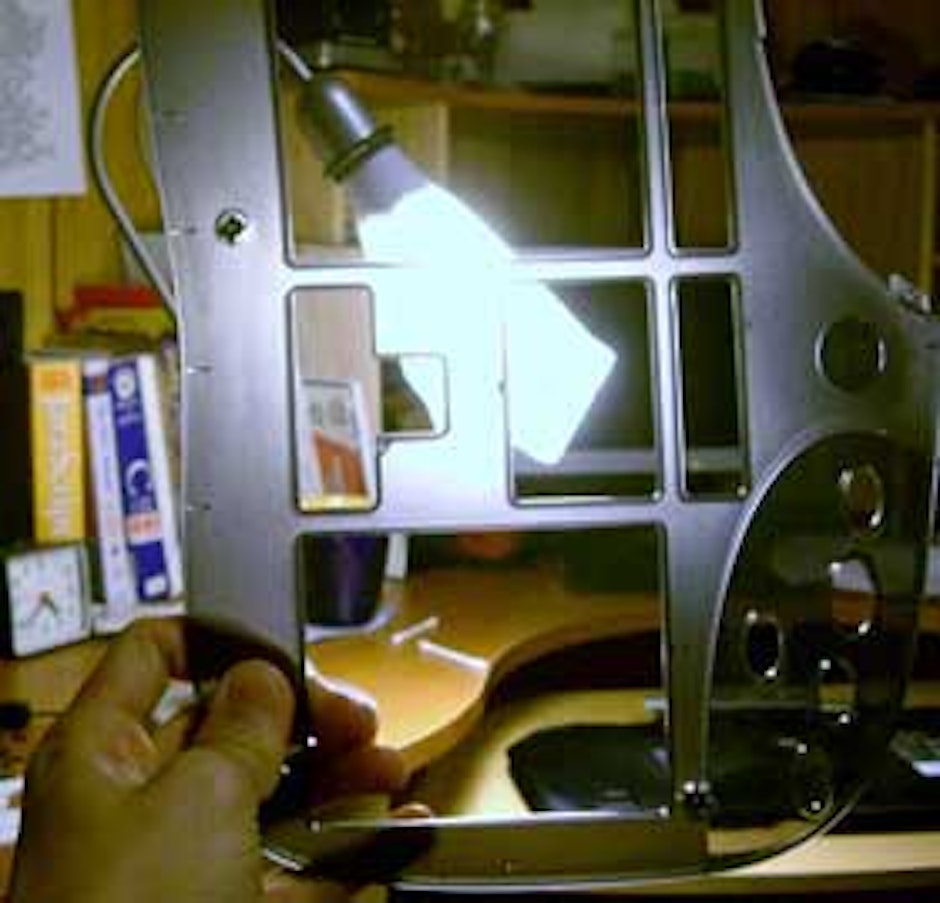 The shell of the keyboard is actually translucent

The core consists of a multilayered structure that holds the keys and other mysterious components. When I took that off, I noticed that the inside of the bottom shell was actually dry.

Logitech had put a lot of effort engineering keyboards that resist two of the most frequent keyboard abuses – water spills and angry hammering on the keys. From the side, the holes on the board allowing keystrokes through are surrounded by walls. This wall prevents water from seeping into the keyboard, holding the liquid where it is. However, the walls could only stop water around the keys – water can still move to the sides of the keyboard and penetrate the core.

The core is made up of 4 layers – the board and keys, the rubber contact sheet, a multilayered plastic sheet with traces of circuits, and a backing aluminum plate. The keys are snapped in. If you want to convert the keyboard to Dvorak, you can do so without damaging the keyboard. 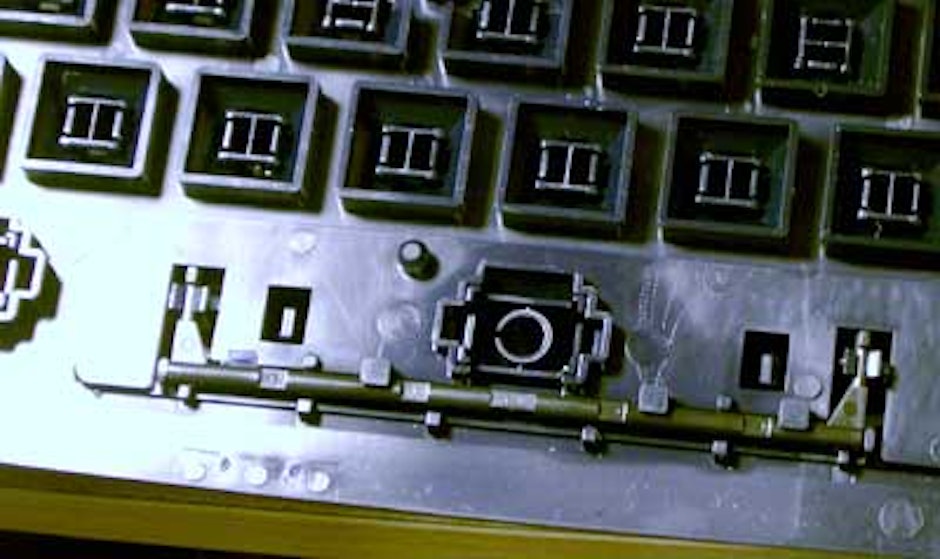 It is worth nothing that for keys that are wider than the Control key – Tab, Caps Lock, Shift, Space, Backspace, Enter and Plus key on the num pad – are backed by a steel rod to allow even pressure throughout the key.

The rubber sheet is actually quite complex. It’s gentle enough to respond to light keystrokes, flexible enough to hold onto the circuit board like slime, and durable enough to withstand hundreds of thousands of up-down motion.

The contact board, containing 3 layers; two with circuits, one separating them

The most surprising thing was the contact board. It appeared to be a sheet with pressure sensitive terminals that responds to keystrokes at first. Later, I realized that there was not one, or two, but three sheets acting together to trigger a short in the circuit. Sheets #1 and #3 sandwich #2, which insulates electricity running on #1 and #3. There are holes punched on #2, permitting contact of the terminals on #1 and #3. It’s the rubber sheet that push #1 through #2 to smack against #3.

This is actually where the problem is. As I inspected the sheets, I noticed that water had seeped between the sheets. I took the sheets apart and wiped them dry.

After reassembling, I inserted the batteries and booted the computer. Voila! It worked! I can now pat my back and sigh in relief.

Moral of the story? Next time, I should remember to… pour some water on the camera too, so I can start marveling at the intricacies that make up expensive equipment :)