The Night I Turned Deaf
Listening to Mono 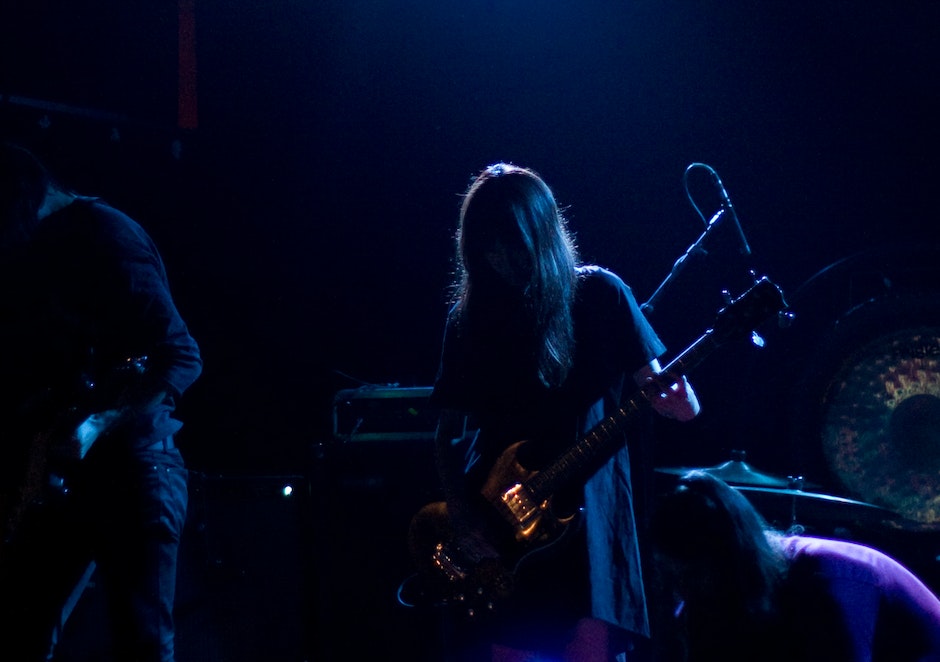 Tamaki Kunishi tuning her bass guitar after a performance by Maserati

Mono was a quiet group. None of them spoke a word. Their only interaction with the crowd, other than the performance itself and a mandatory farewell bow, was Yasunori Takada standing behind his drum set and taking a picture of the crowd. It was as if the crowd didn't exist. In fact, they ignored everything around them and focused solely on their music. They meditated. A few from the crowd shouted something in Japanese. They didn't respond. 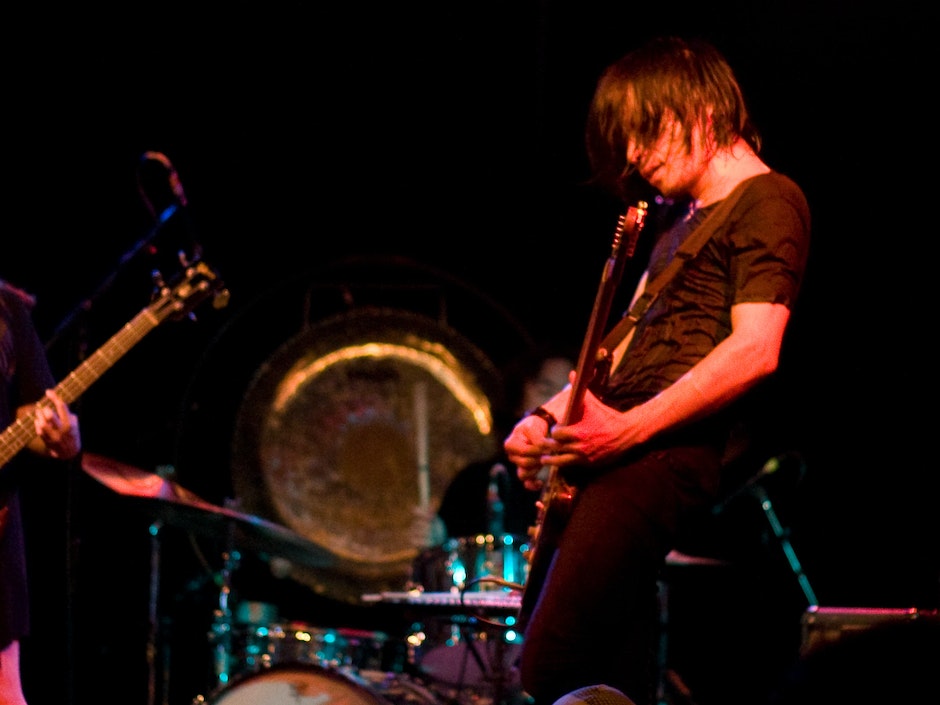 Their first performance was the first song in their latest album - Ashes in Snow. As they played, the song said "yep, we're here, we are going to mesmerize you, take you to a fantastical land of serenity - then jolt you up and knock your socks off." One music critic described Mono's album as "a plane crashing into a Beethoven orchestra." That is true for the concert; if a plane crashed into anything, it would be THAT LOUD.

So loud, the albums sound different... and better. If music were a painting, soft sounds black and loud sounds white, their live performance would be a canvas completely white in the middle with different shades of gray on the edges. Their albums would, on the other hand, show hypnotic tonal diversity across the canvas. I suppose tonal diversity lies in the ears of the beholder?

In any case, bring earplugs to all Mono concerts. They will not help if you stand on the edge of the stage staring at Taka's feet. Some people did, squeezing through the full floor and hung their arms on the stage, taking enthusiastic close-up photos of the band members. I don't know how they survived there, two arm-lengths away from a wall of electric guitar amplifiers. Earplugs vaporize at that distance.

Still, the whole commotion ended too soon. In fact, I thought they were taking a break when they unhooked their guitars. Then, they bowed. Three words came to my mind - "What?? That's it????"

They did play the best farewell song - and my favourite - last. It wasn't easy to decide how I was supposed to feel. Be happy about playing my favorite piece last, or be disappointed at the abrupt end?

The crowd surrounded the merchandise booth as they headed for the exit. A guy - only one guy - stood behind the booth, patiently listening to half-deaf, juiced-up fans asking for DVDs, CDs, t-shirts, posters, hoodies, etc. The wad of cash he stuck into his back pocket grew thicker by the second. About a millimetre of it was mine; I bought a North American tour poster and a DVD that I didn't know anything about. A documentary, I figured, or a high quality recording of their music.

Back home, I found out that the DVD was a collection of video clips of Mono in various concerts. Video clips I remember seeing on YouTube. No commentary or "extras".

But it was worth every penny.

From start to finish
Lance’s Truck