2 days at the Park Tool School 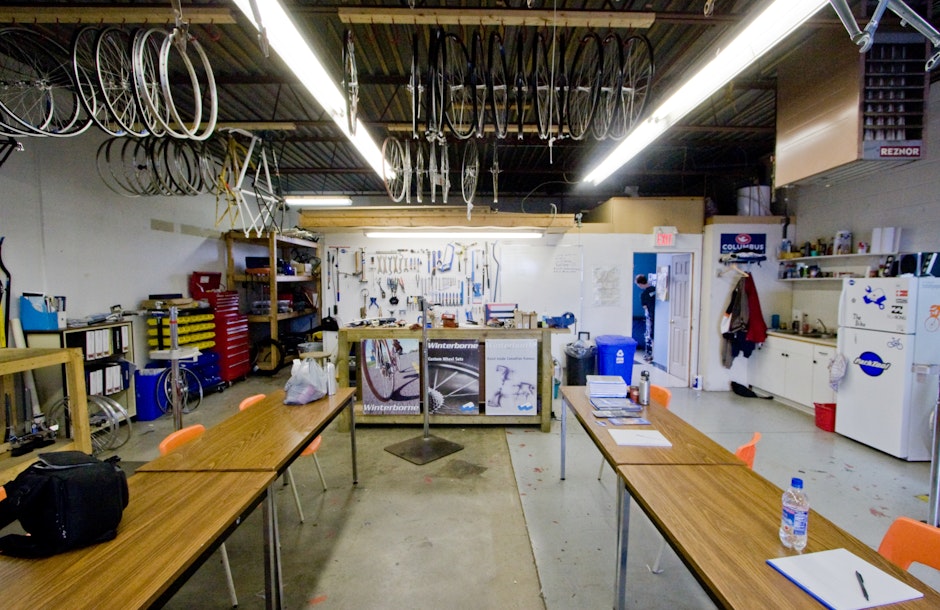 “What will you learn there?” A friend asked when I told him I was going to spend the weekend in a two-day, 14-hour course on bike maintenance. “Is it that complicated?”

No, not really. But the fact is I struggled to strip my bike down when I tried to repaint it. I consulted two bike mechanics, researched online and watched a couple of YouTube videos. Yet there was always one more thing I needed to know before the strip down could continue. Which direction should I turn the wrench when removing the bottom bracket? Left is right, right is wrong? Nope, it’s not turning in any direction!

Surely I was missing something, lacking access to a pool of knowledge anchored behind a reservoir closely guarded by those in the bike industry. People like as Jay Filer, founder and instructor of WBI (Winterborne Bike Institute). 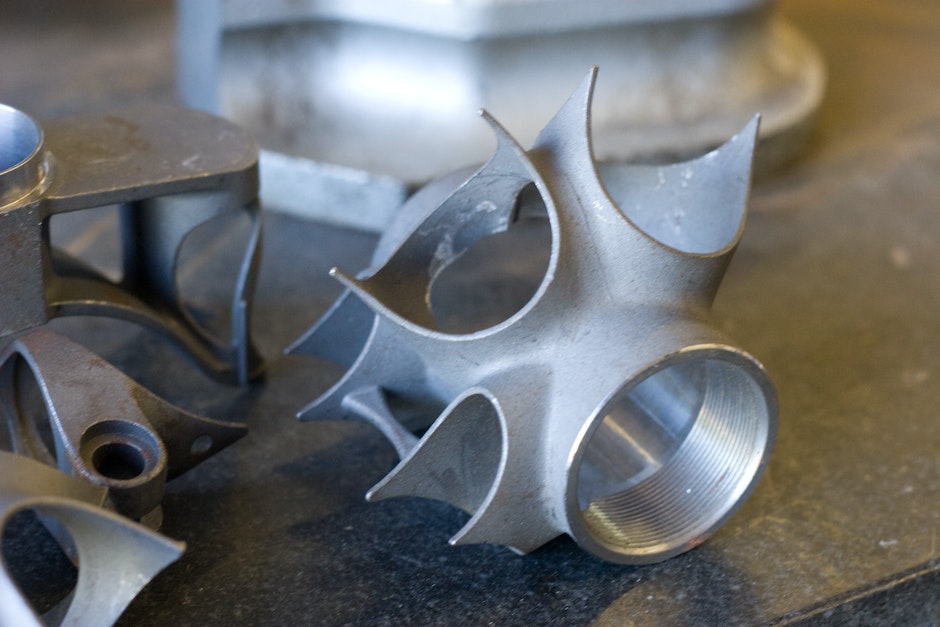 Jay started Winterborne building custom bicycles. Remnants of the bike building past littered all over the shop – unfinished bike frames hanging from the ceiling, seat lugs and bottom bracket shells sitting on top of machining equipment, and posters promoting Winterbourne bikes tacked on the front of the instructor’s workbench. These artifacts served as an inspiration to the bike mechanic to-bes, and worked quite well as decorations for a grease monkey’s lair.

A bit about the Park Tool School program. Park Tool manufactures tools used exclusively on bicycles, until they started to venture into motorcycle equipment recently. They began like any bike shop, but made their name when they created a bike repair stand every other bike shop wanted when they laid their eyes on them. Eventually the founders sold their bike retail business and concentrated on tool manufacturing. Park Tool School borrows from the company’s reputation and endorses bike repair courses offered by local bike shops in eight countries.

Not all Park Tool Schools are created equal. A quick search on the Web revealed Park Tool Schools that run from 6 to 15 hours, cost $75 to $480, focusing on either mountain or road bikes, or on the drive train specifically. All offerings use the Big Blue Book of Bicycle Repair, and there’s a discount for Park Tool merchandise purchases upon completing the course. WBI is unique in that Shimano Canada accredits the school and it offers a comprehensive professional course through Conestoga College. Most importantly, it was a wrench’s throw away from where I lived. WBI was popular. The course was full a month in advance; I had to book it two months ahead. Students came from all over Canada, U.S., with a few from South America showing interest. None of my classmates were from the city.

We started the class with individual introductions. We explained who we were, where we were from, why we joined and what we looked forward to get out from the class when we finished. “I was asking too many questions to my biker friend that he recommended that I take this course instead,” one student said with a chuckle.

That summed up it all up – we wanted to be self-sufficient, even if we managed to do so just slightly more.

It wasn’t possible to squeeze in enough hours to cover what each of the eight students wanted to know that weekend. Most of us were riding road bikes, but quite a few dealt exclusively with mountain bikes. There were five types of gear shifters and three types of brake levers between all of us. Brake systems alone span two days in the 11-day professional course. We worked on mountain bikes for the most part

Instead, we concentrated on the common systems found on all modern bikes. The crank assembly, cabling, derailleur adjustments, headset assembly, chain maintenance are virtually universal. By covering these systems we learn basic mechanics and get the hang of dealing with little variations – through educated guesses or an occasional trip to the Big Blue Book.

Our first task was to check off a list of tools at our workbench with a partner. The list had more than 100 items. Everyone spent a better part of an hour exercising their visual intelligence to match what the name suggested against tools tidily organized at the workbench. Some were obvious (“digital caliper”), some not so much (“universal crown race puller..?”) 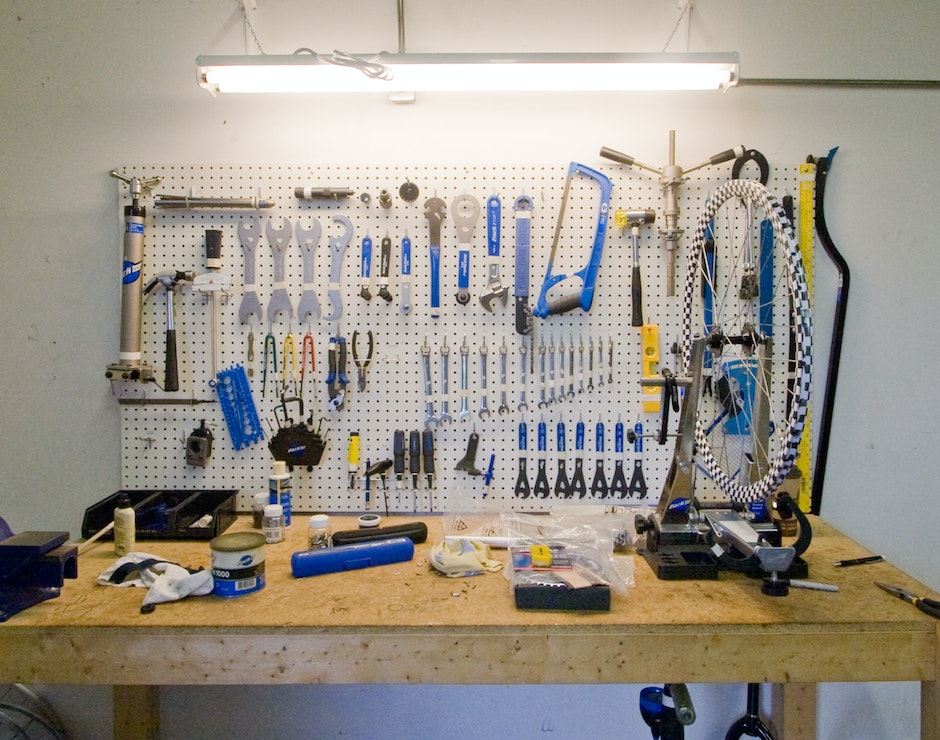 One of the six workbenches at WBI

The shop was well-equipped. We could take a bike apart down to their individual ball bearings and cogs if we wanted to. Heck, Jay built bikes here. The workbench looked like a Park Tool catalog – save the barbeque tool set that hadn’t found its place in the shop quite yet.

Over the next two days, we learned how much grease was used on a bike, how to degrease with isopropyl, checking for torque when tightening bolts and adjusting bearings for knocks. We learned to “wear in” the cabling systems to ensure that they maintain the intended tension throughout their service life. You will learn to be friends with the isopropyl in this class. Very good friends

The instructors would teach us the whys of things before telling us how to do them. In all, I’ve saved a lot of time having shown what things should be, instead of spending hours discovering it myself through trial and error, if ever.

Having taught the Park Tool School with pretty much the same set of material, Jay inescapably sprinkled in his brand of humour to liven up the class. When explaining the pros and cons of three chain wear measuring tools at his bench, demonstrating the tools in front of the class, he paused, then quipped: “I feel like I’m in an infomercial.”

Jay handed out our certificates of completion towards the end of the second day. Rick, the guest instructor and a touring aficionado took a group picture of us. I packed, bid my farewell, and rode home knowing what I’ve been doing wrong on my bike.

A week later, I returned to the shop for a follow up lesson. Every student could return with their bike and work on it under the supervision of an instructor. I replaced the cable housing for the rear brakes, overhauled the hub on the front wheel, adjusted the front derailleur, cleaned the rear cogs, and screwed the crank bolts up to the correct torque. Even though the overhauled bike had a completely new drive train, the ride felt noticeably smoother after the little tune up. “You will learn something from this course and you’ll find it rewarding,” Jay announced in the class, chest-thumping. “I guarantee it, 100%” I jokingly wondered if that meant a 100% money-back guarantee. After the tune-up, though, I no longer needed an answer.